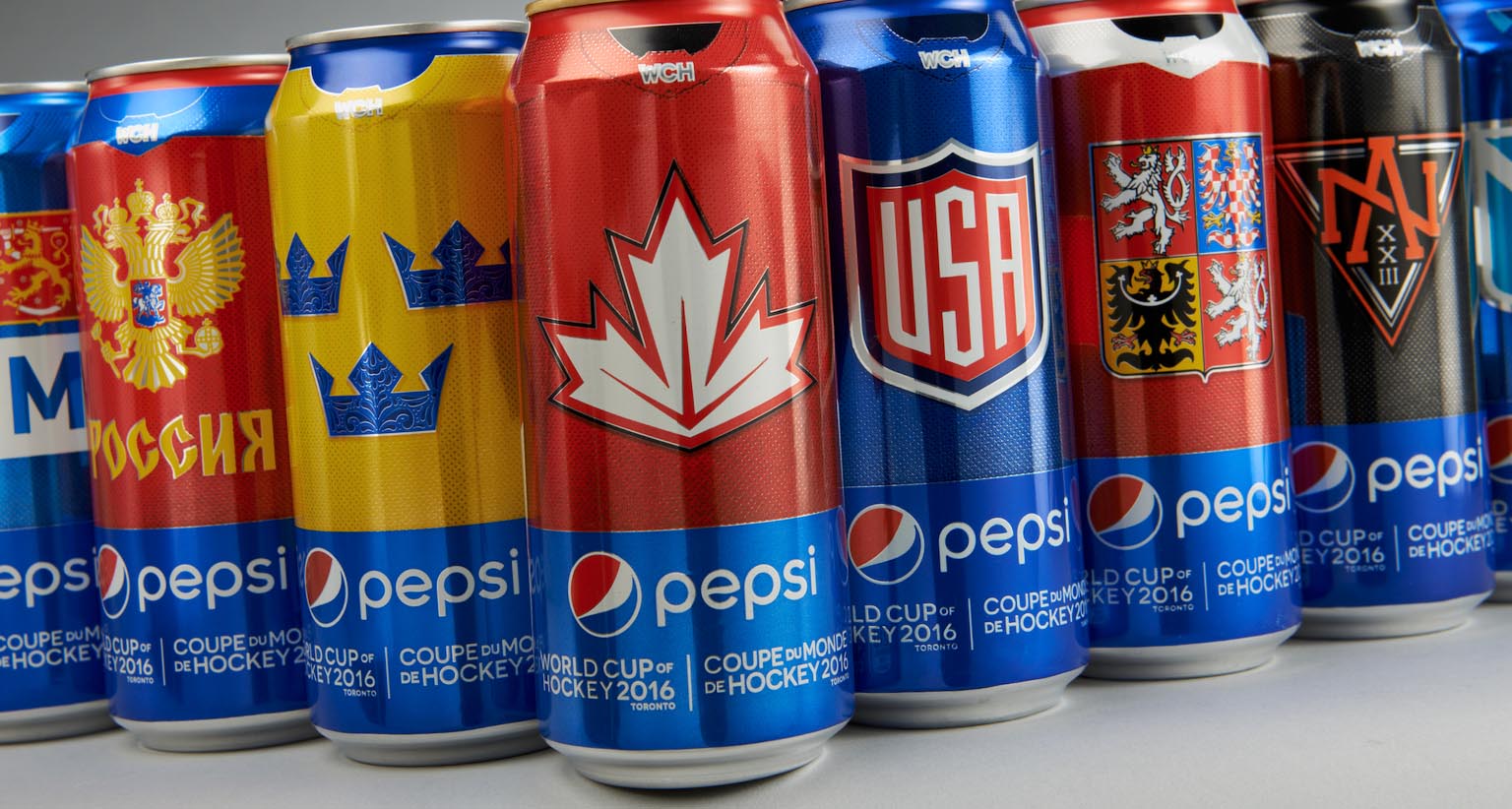 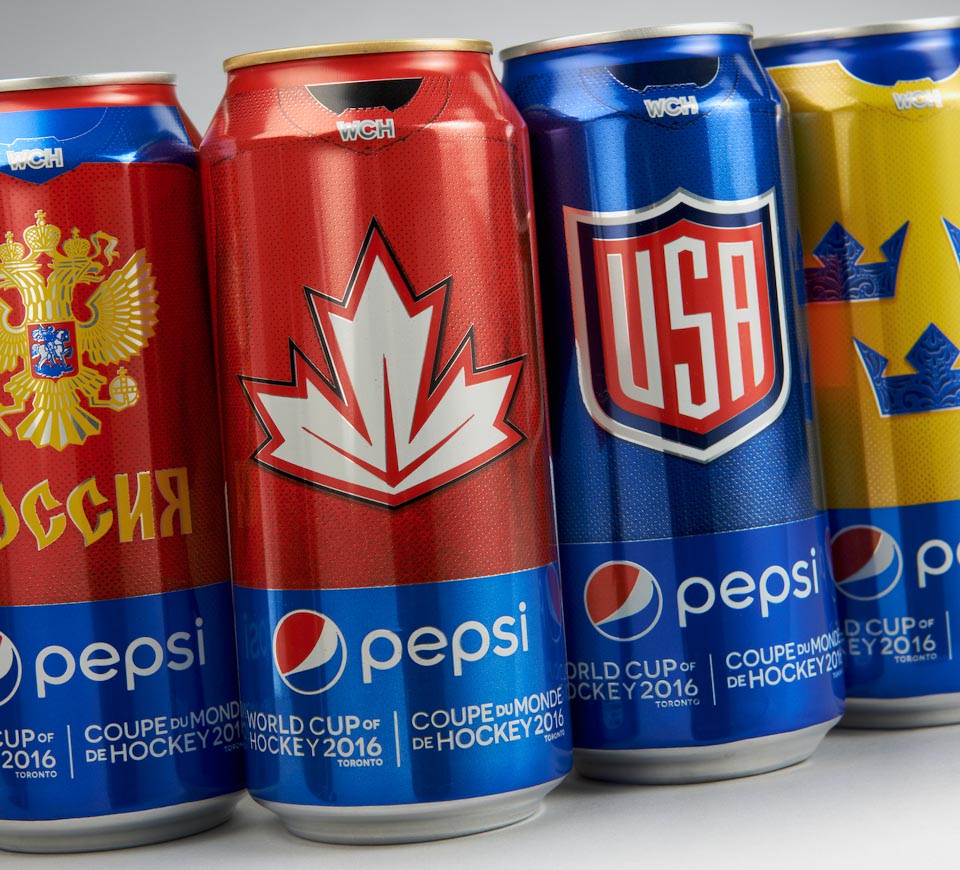 Shikatani Lacroix worked closely with Pepsi to develop unique and breakaway packaging designs that demonstrate the prestige of the WCH and celebrate the game of hockey with Canadian hockey fans. Shikatani Lacroix created multiple design concepts to encapsulate the excitement of the WCH and inspire conversations around hockey in Canada, while maintaining and strengthening Pepsi’s brand equity.

“Canadians get nostalgic over stories like The Hockey Sweater and the passion hockey fans have for their team,” said Jean-Pierre Lacroix, President of Shikatani Lacroix. “These unique designs celebrate that passion and allow fans to support their own national team.”

The limited edition designs transform the entire can into one of eight WCH team jerseys. The design strategy focused on optimizing the surface area of the 473ml can and texturing the graphic to portray realistic jersey material. There are eight collectable WCH Pepsi cans, each showcasing a jersey from one of the participating teams: Canada, United States, Russia, Sweden, Finland, Czech Republic, Team North America and Team Europe.